A large hospital recently had been experiencing issues with their SCCM Server replication and SCCM Remote Console. Initially, they started to notice slow package replication which quickly expanded to the following list: The hospital, with over 12,000 computers, hosted a central server and two primary child sites (as shown above). These servers are all Windows Server 2008 R2 servers and had been running functionally since February of 2012.  Site_101 and Site_102 were both configured to replicate their record sets to the central server.

Please note that there is an additional WDS deployment server which is not shown in the above image as it is irrelevant to this discussion. After a bit of research, it was determined that the issues above had to do with the configuration of the Discovery Methods. Site_100, Site_101, and Site_102 were configured to perform full Active Directory System Discoveries (DDR Record Generation) every 5 minutes (relevant to their respective AD hierarchy).

The build up of files had the following effects on the server:

After the reboot completed, the Discovery Methods were immediately adjusted to the following:

To delete the files in the ddm.box.old directory the following was performed:

Preventing and Monitoring the Issue

In order to monitor further file backups on the server, a new PowerShell script was created to monitor files. The script can be found here: PowerShell Script – SCCM 2007 Health Check

This script is designed to run in two modes:

This script is used along with Task Scheduler which executes these programs on intervals. Please note that it was determined that if the file level for the hospital’s environment that anything over 20,000 files constitutes a critical error OR if a service is not running as expected. 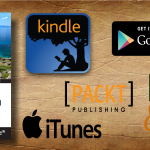 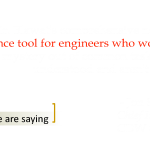 Get the Book Now!